If it was a SHOOTING of 17 people...it would be a MASS SHOOTING, why isn't THIS a MASS disenrollment?

As noted Indian justice attorney Gabe Galanda said:  Omaha Tribe issues a public statement, feigning there's "no mass disenrollment occurring," although they've (a) disenrolled at least 17 people without any notice whatsoever, and (b) eliminated a 1989 Base Roll to reduce the blood quantum of hundreds of citizens 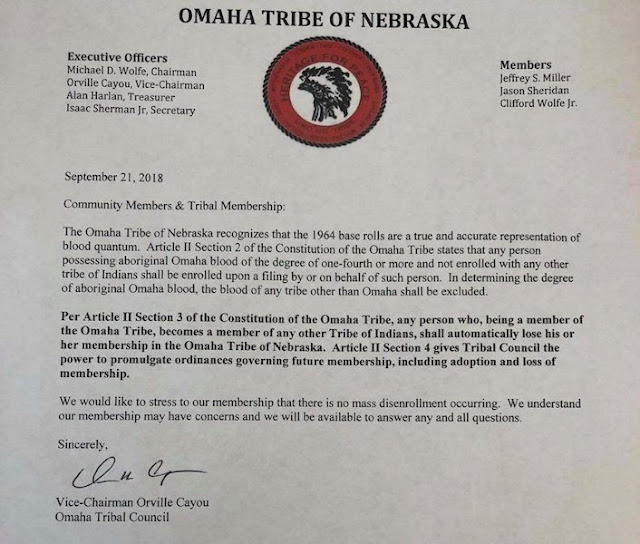 Posted by OPechanga at 1:42 PM

Just like Robert Smith told the people of Pala that no one was getting disenrolled that the EC was just updating there files.
And the next thing was 162 true Native Americans with solid proof that they belong on the Tribes Roles are ousted by Smith and Nieto.
So don't believe your corrupt leaders get them out before they destroy your entire Tribe.