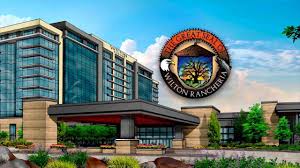 After losing an initial challenge in February to the Interior Department’s decision to set aside land for a tribal casino, a nonprofit scored a rare court victory that will allow it to assess whether the government wrongly withheld documents from the court record.


U.S. District Judge Trevor McFadden said Wednesday that nonprofit Stand Up for California and three residents of Elk Grove, Calif. made an initial showing of bad faith that warrants production of a privilege log, a document that describes what items are exempt from disclosure in a civil lawsuit.

The nonprofit, which focuses on gambling issues, and the Elk Grove residents are continuing to challenge the designation of 36 acres in Elk Grove for the Wilton Rancheria tribe’s $400 million casino.

They filed a motion for discovery on April 16 alleging that the administrative record the Department of the Interior submitted to the court for the remaining counts in the lawsuit is incomplete.

“Plaintiffs gave Defendants notice of numerous omissions, improper redactions, missing emails, and other irregularities,” the 29-page motion states. “Yet Defendants refuse to correct even the most basic deficiencies.”

According to their motion, the government improperly omitted technical reports it relied on to produce a draft environmental impact statement, withheld email attachments and redacted names and other pertinent information from emails.

They claimed the government withheld one third of all relevant documents as privileged, and refused to search the files of their environmental consultant.

McFadden denied their request to supplement the administrative record with the missing information, saying the unusual circumstances that warrant such a remedy do not exist in this case.

But he did find that they are entitled to review a privilege log to assess whether the government properly withheld some information from the administrative record.

According to McFadden, judges rarely grant such discovery requests, and do so only when the parties make a strong showing they will find evidence of bad faith.

Stand Up for California and Elk Grove residents initially sued on Jan. 11, 2017 after the Interior Department abruptly shifted gears on the location of the casino. The parcel of land in Elk Grove – approved on the last day of the Obama administration – was an entirely different plot than the 282-acre area near Galt, Calif. that the tribe initially applied for in 2013.

According to the plaintiffs, the government rushed its “sham” review of the Wilton Rancheria tribe’s land-in-trust application. They also point to inconsistencies in the government’s representations and actions.

During a court hearing on Jan. 13, 2017 before a different federal judge, the government expressed uncertainty about the timeline for the decision on the Elk Grove site, though it approved it less than a week later and only two days after the public comment period closed.

“These actions — in tandem with the other circumstances already discussed — establish a prima facie case that the Department acted improperly in making its decision,” the 16-page ruling says.

McFadden noted that the application process for the Galt cite remained incomplete after nearly three years, but the Department of the Interior managed to approve the Elk Grove cite within just two months.

“It was not until November 2016 — after the Presidential election and after it became clear that a different political party would control the Executive Branch — that the Department ‘shifted into warp speed’ to approve the application for the Elk Grove site,” the May 30 opinion says.

According to the ruling, the Obama administration sustained “continuous pressure” from the Wilton Rancheria Tribe and lawmakers – including former Democratic Senate Minority Leader Harry Reid of Nevada – to issue a decision before the change in administrations, though the Department of the Interior says none of the pressure was improper.

On Feb. 28 McFadden rejected Stand Up for California’s challenge to the authority of Larry Roberts, the principal deputy assistant of the secretary for the Bureau of Indian Affairs, to authorize the land-in-trust decision.

McFadden found that neither the interior secretary or the assistant secretary for Indian Affairs are required by agency regulations or law to make the decision, as the nonprofit and Elk Grove residents had claimed.
Posted by OPechanga at 12:11 AM

This is Amy's Tribe, isn't it, and she is pushing it through as hard as she can, isn't most her family recently enrolled? If she is involved, the opposite of what she wants is probably the better thing. She is only interested in getting this going so she can retire from hurting all true Native Americans and keep getting the funds she is used to taking from Chairmen like Robert Smith.