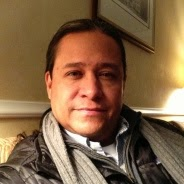 I was able to get inside the meeting, and confronted the Chairman Macarro at a break.
My wife told me, "now is your chance, go talk to him".  Being a good husband, I went to the other side of the ballroom and met him as he was making his way out.   He was surprised to seen me.

I asked him, "what can we do to get my family back into the tribe?"  "you know the disenrollment was wrong".    We have more evidence of belonging than ANY OTHER Pechanga family.  Do we go before the council?

Mark told me,  "the enrollment committee, in regards to membership has equal authority as the tribal council."

LIE: THE ENROLLMENT COMMITTEE went to the council for direction on the disenrollment of two family's, they DID NOT act on their own.

The chairman went on to describe how my ancestor was "missing" after the eviction when she went to Los Angeles.

LIE:  Paulina Hunter made the nearly 100 mile trip from Los Angeles by horse/wagon in the late 1890's

Macarro conflated Paulina Hunter moving from the reservation to Los Angeles, for work, with the "breaking ties" with the tribe they claimed Manuela Miranda did when she was FIVE YEARS OLD, going to live with her sister.  (Indian Child Welfare isn't a good thing?)

LIE:  There was NO requirement under the Pechanga Constitution to only live on the reservation.

When I brought up Paulina Hunter being an original allottee, he claimed "anyone could get an allotment.

Obfuscation:  Paulina Hunter's bona fides were given in THREE depositions taken in the Luiseno language in 1915 that she was Pechanga, INCLUDING chairman Macarro's OWN FAMILY. She received 20 acres as head of household. Our family STILL lives on our allotment.  Chairman Macarro's family LOST theirs.  Why would those tribal people LIE for Paulina Hunter? It defies reason.

LIE:   There was NO enrollment during Paulina Hunter's lifetime, but she was ON RECORD as being from Temecula AND Pechanga.

Many in the tribe have little connection to those who were there during the eviction of 1875   but that doesn't matter, as there was NO requirement of that.  More importantly, the EVICTIONS were NEVER discussed in the enrollment committee meetings on disenrollment.

I appreciate Chairman Macarro's willingness to engage.  Glad he knows who I am (Rick Cuevas, great great grandson of Paulina Hunter).  When asked about the fact that many STILL IN THE TRIBE can't meet the requirements he claimed Paulina Hunter didn't, he simply shrugged.

He weaved a tale of lies, and if the truth doesn't matter, why is he so well thought of?  Doing the right thing is easy,. and that is true justice.

Posted by OPechanga at 9:53 AM

When can Macarro be removed as leadsr of PECHANGA an so one else takd his place?

He wouldn’t shake your hand because he was afraid you were going to give him bad ju-ju!

Mark Maccarro knows you belong , he would never shake hands with the truth!

What does Mark have to say abought the Macarros not enrolling till 1989 wouldn't that be breaking ties.

Markie Mark a little shaky? Greed the love of money has taken over his soul.Ancestors are waiting for you.No happy hunting ground for you!!!

We were told that Mark was rewriting the history of Pechanga. As did Hitler of Germany. Written documents show Paulina’s husband worked part time in L. A. but she lived at Pechanga with her family. Eye witness affidavit of Antonio Ashman the Tribal Chairman!!

Written documents show Paulina’s family is the oldest family on record to live at Pechanga in 1747!!! They were Paulina’s grandparents. FULL BLOODED PECHANGA INDIAN!! Written records show that every generation since them have lived at Pechanga. These records were presented to the enrollment committee and Tribal Council (including Mark Macaro) long before the Hunter disenrollment!! Mark threw all these records in the Trash…

A injustice anywhere is a threat to justice everywhere!

The Record of Decision for our disenrollment claimed that we were not from the Pechanga tribe, but Macarro now says our ancestor cut her ties to the tribe when she went to Los Angeles. But she is on the first census records in the 1890s so clearly, she had a presence on the Rez. So why were we disenrolled for not being from our tribe or for leaving our tribe? Macarro's current statement contradicts the so called reason for kicking us out of the tribe.

The truth never changes it always remains the same!

Here is another SOS, I talked with him several times and like Rick said he lied. The last time I attempted to talk with him was just after we had been disenrolled and the hunter family were at the government center that day with their binders of their family history / lineage as they were in the process of being disenrolled. I went up to his office on the second floor of the government center and looked for him. When I got off of he elevator there was no receptionist or for that matter anyone around. I went into his office and there was no one there. I wonder where everyone was at? Seems to me he is cowardly. I was planning on confronting him man to man, and there was never a thought of beating the crap out of him, well, maybe not any conscious thought.

Mark Macaro LIE!! He’s the Epitome of a Liar! Since I’ve known him he’s never told the truth about anything! I knew his grandmother and she always said He Was Such a Bad Boy. She said he lies all the time and would kick her in the back to knock her down!! He’s always been a fake. Be careful when your back is turned… literally!!

Mark's day will come. You can only do people dirty for so long. Repent while you can.