CHUKCHANSI Lessons on Disenrollment: If Nothing Stops Us From Harming OUR OWN PEOPLE, KEEP DOING IT! 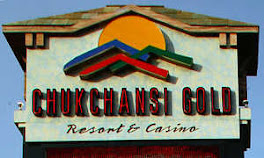 The Picayune Rancheria of Chukchansi Indians, a tribe that is the most egregious in the action of tribal disenrollment, is at it AGAIN.

The Fresno Bee is reporting on the storm clouds brewing for the Chukchansi people, now the the casino debts, after a default, are finally ending, ensuring a larger pot of cash for tribal members.

Is it Greed or Power?

Why can't it be both?  If the pie gets sliced amongst fewer people, they are bigger slices.

Power?  ABSOLUTELY, if you have fewer votes, and you and control your opposition, who is left to ensure the laws/rules are followed?  Grade your own paper?   Audit your own books?  Ring any bells?

Cathy Cory, disenrolled decades ago from Chukchansi, and HAPPY BIRTHDAY today is still carrying the banner of Justice said on her Facebook page:

My prayers will be with those of my Chukchansi people who have suffered.

The theft of their very birthright as Indian people and had their tribal, civil, and human rights violated by the on-going corrupt tribal government(s) at picayune.

That said, I cannot in my heart lend support to ANY tribal council made up of those who continue to refuse to recognize and speak publicly to their own part in the destruction that has BECOME picayune. (OP:  SILENCE is NOT GOLDEN)

Dora, Morris, Harrold, and Dixie--acknowledge your own mistakes and accept your responsibility in the genocide of HUNDREDS of Chukchansi people--elders and children included--by your own hand.

BRING THE PEOPLE, ALL THE PEOPLE
HOME TO PICAYUNE!

Without this one simple choice, the circle of our Chukchansi people will NEVER be healed. A tribal government which has no heart for it's own people's history, ancestors, and struggles fails to protect the very people it exists to serve. Whether a council of Lewis or Reid, the destruction of our people remains without remedy.

Wise words from a strong warrior, one I'm proud to call friend. Cathy Cory's words should be take to heart by ALL Chukchansi people.

For your convenience, I have gathered almost 30 posts about Chukchansi   Easy for you to work you way through them.

Posted by OPechanga at 8:27 AM

Email ThisBlogThis!Share to TwitterShare to FacebookShare to Pinterest
Labels: Chukchansi

Thank you for sharing.

This new council consists of unethical Janet Bill as chair and the rest of her clowns have no clue of what they are doing. Obviously they already started with unethical
Violations of the companies policies and procedures by suspending the TA, HR Dir. And enrolment dir. Without due process. They even suspended former chair claudia Gonzales for 2 week and have not said anything. The others were never given thier severance check or pink stating your fired. Nothing! That article is correct, a storm is brewing and people who are being disenrolled as we speak. They got petitioners and next is dead allotment members in which this council denies. But we see what they are doing. Just a shame. They are going to ruin it for everyone.

I wonder if some of the new disenrolled worked to disenroll others?