Corona Virus is NOT the only Lethal Contagion in Indian Country Writes Dr. David Wilkins: Temination via DNA 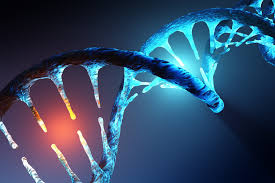 
Dr. David Wilkins has a terrific article on the increasing use of DNA testing in Indian Country, to get rid of tribal people read the full article at Indian Country Today
I will remind my readers that DNA PROVED the Foreman family's belonging at the Redding Rancheria, but the corrupt tribal council determined 99.8% was not enough


In these times, when we are all worried about the spread of COVID-19, here in Indian Country we are witnessing the spread of a lethal new strain of the contagion euphemistically termed disenrollment — termination by DNA.

An increasing number of Native governments and enrollment officials are turning to DNA testing (OP: CHUKCHANSI}to more efficiently deal with complex enrollment issues in the mistaken belief that these tests are scientifically accurate and thus will provide a final answer to the question of who is truly Native.

Interestingly, they do not attempt to use cultural arguments to support the use of testing as there is simply no traditional or moral argument for casting out your relatives based upon a colonizer’s measure of what it means to be Indigenous. While most of us are preoccupied with outside threats to our survival, attempting to identify ourselves via DNA testing will destroy us from within if we do not take action.