National Park Service Gives HUNDREDS of THOUSANDS to Tribes for BONES, but IGNORE What they DID TO THE LIVING. 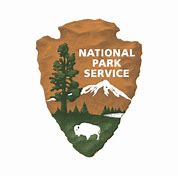 The National Park Service announces grants in the millions to preserve their history. But they give money to tribes that abuse the LIVING, and have disrespected their own dead via Tribal Disenrollment

ELEM, PALA, PECHANGA, PICAYUNE, PINOLEVILLE, SAN PASQUAL and SHINGLE SPRINGS among the recipients of grants of $50,000 or more in order to "locate and preserve artifacts".  We just wrote about Pechanga usurping the Gabrieleno Tongva people's ancestor's remains.    Perhaps these disenrolling tribes should worry about preserving their most valuable resource--their Indian PEOPLE--first. It wouldn't take much time, energy, or money to locate the thousands of living indian people, from whom their corrupt tribal governments have stolen their very birthright through disenrollment and moratoriums.  BONES shouldn't be more important than people

Here is a list of disenrolling tribes at the amounts our government granted: