Before the results are even certified, we now see what the NOOKSACK plans are: 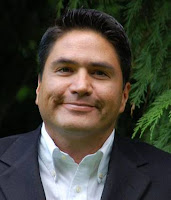 Nooksack tribal chairman Bob Kelly said he plans to start a new round of disenrollment hearings this week following an election that seemed to favor incumbents but was clouded by allegations of fraud.

Kelly and his council allies have been trying for five years to kick roughly 300 members out of the tribe, launching a divisive dispute about lineage and power that has gotten national attention, sparked federal intervention and raised broader questions about tribal disenrollment nationwide.

Last weekend’s tribal council election was in part a referendum on disenrollment. The four incumbents said they favor purging the tribal rolls, while their challengers oppose doing so.

In an email referring to those targeted for disenrollment, Kelly said: “At this point we have no reason to believe that they are Native Americans and we will proceed with a second round of disenrollment hearings as soon as the election is certified by the election board later this week.”

Read more from Seattle Times
Posted by OPechanga at 2:38 PM