Pechanga FORGETS their Military History on Memorial Day. Thank You Veterans, For Defending Our Country

The Hunter Family, disenrolled from the Pechanga Band of Luiseno Indians after over 200 years of living in the Temecula area have many veterans who served, or are serving in our military.

Once the Pechanga Resort & Casino opened, corruption lead to exterminating these veterans from their membership rolls and history.

On this Memorial Day, which is meant to honor fallen servicemen, I wanted to honor my relations who served our country, while not giving their last full measure and give our readers the opportunity to do the same in the comments by sharing your veterans name..

Pechanga Veterans of the Hunter Family

We salute our Pechanga Veterans for your courage, honor and commitment.

I'm sure I've missed a few. Thank you to all Pechanga people who have served. And shame on the Pechanga Tribal Council for staining the memory of these fine people above.
We should honor their memory (and those still living) with our courage to maintain this fight to regain what is rightfully ours.

FEEL FREE TO Add your veteran's name in the comments.  THANK YOU TO ALL who served. 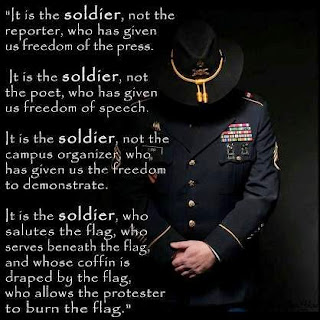 From the Apis family

We have not forgotten that the casino sits on our ancestors land Pablo Apis was once the leader of the people and it was his land that the sheriff forcibly removed the people from. The tribe knows this and they do not care. Not anymore.

I do not think calling the thieving and corrupt council who runs Pechanga bad actors describes them fully. I also do not think using this politically correct language is getting us anywhere as well. If it walks like a duck and acts like a duck then call it what it is.

Mark said "We have a right to determine membership." Correct, the truth is WE ALREADY DETERMINED MEMBERSHIP, and our Ancestors were honored and respected. Now to have a faction led by Macarro et al thinking it's legal and ok to dishonor our Ancestors, determine membership on enrolled members who meet the requirements, take away all their rights and spend their share of everything the band has been allowed to participate in. Pechanga deserves to be honored with truth. Hunter family is Pechanga, no other family is more Pechanga than Paulina and her descendants. Your Ancestors knew the truth and filed oral depositions on Allotted Indians. The reservation and Casino would not be here today if the Ancestors did not record the truth. Honor them NOW!