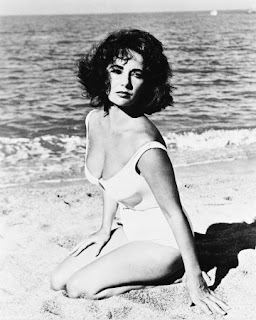 Sad news from Hollywood today, Elizabeth Taylor, passed away after a long illness.

One of those Oscars came for a searing performance in "Who's Afraid of Virginia Woolf?" She played an alcoholic shrew in an emotionally sadomasochistic marriage opposite real-life husband Richard Burton.


For all the ferocity of her screen roles and the turmoil of her life, Taylor was remembered by "Virginia Woolf" director Mike Nichols for her gentler, life-affirming side.
"The shock of Elizabeth was not only her beauty. It was her generosity. Her giant laugh. Her vitality, whether tackling a complex scene on film or where we would all have dinner until dawn," Nichols said in a statement. "She is singular and indelible on film and in our hearts."


Taylor was the most loyal of friends and a defender of gays in Hollywood when AIDS was new to the industry and beyond. But she was afflicted by ill health, failed romances (eight marriages, seven husbands) and personal tragedy
Posted by OPechanga at 4:13 PM

One of the greatest movie stars. She will be missed.