Tribal Disenrollment Retrospective: Moratoriums As Bad As Disenrollments, When You Rightfully Belong. Petra Tosobol Descendants 11th in a Series 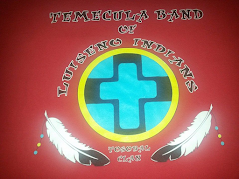 Pechanga has a moratorium on membership.  There is also a right to belong.  The Tosobol descendants fit this criteria.  They have cousins in the tribe, the Munoa clan, who has stood in their way.

Below is a story we posted in December of 2008 describing one family. We will post it again in its entirety and would LOVE to read comments from those in the moratorium. Tell us YOUR story, what family you belong to, how many are in your family that SHOULD be in the Pechanga tribe. Let's HEAR FROM YOU.

Pechanga's Moratorium People: From Pechanga, But Not OF Pechanga

The Rios/Tosobol Family has ties to the Pechanga tribe, from his mother back to his great-great-great-grandmother, born in 1811. (That’s when Abe Lincoln was 2 years old!)

So, when his mother died in 1978 and left him a piece of reservation land, Manuel Rios Jr. began trying to make arrangements to bring water and electricity to the plot so he could set up a home there. 30 years later, he has yet to get tribal approval to do anything with the land.

Tribal officials had told him he and his family are not on the rolls, he said, and they won’t get considered for membership until a moratorium on new enrollments is lifted now extended past 2010. His family members, who number more than 100, have stacks of documents that they say they submitted to the enrollment committee 15 years ago.

OP:  The Pechanga Enrollment committee was shuffling their applications so the would fall into the moratorium. When three of our family members found out and questioned what was happening, two large families were disenrolled

As a nonmember, the Rios family has no recourse against the sovereign nation. He can’t sue the tribe in an outside or tribal court, and he can’t vote on the moratorium or cast a ballot against the elected tribal leaders.

The reservation has changed dramatically since Rios’ mother was a girl there, thanks to the opening of a $262 million resort and casino and other businesses. Now that tribal members collect a reported $30,000 in gaming profits a month, disputes over membership are commonplace.

Rios and others insist they once were members, and they allege that someone removed their names in order to ensure larger shares of gaming profits for the other members.

Tribal Chairman Mark Macarro has said tribes work hard to make sure that there’s due process in enrollment matters, yet, in reality, there is no due process.

He also contends that many recent applicants had no interest in the tribe until it was rich. ‘‘Where were these people before there was a casino?’’ Macarro asked.

Rios’ 53-year-old son, Manuel Rios Jr. of Riverside, said he’s glad his grandmother left the reservation, and her descendants avoided being mired in reservation poverty because of it. ‘‘I was out getting an education so I wouldn’t have to suck the money from the state of California to support me,’’ he said in an interview in Fontana. ‘‘We were paying for their (tribal member’s) welfare.’’

The Rios family members contend that the Pechanga tribal leadership is using sovereignty to improperly deny them membership and is acting like a dictatorship. In fact, Pechanga’s own constitution provides for OPEN ENROLLMENT every January. In the most recent disenrollment of the Hunter family, which occurred in 2006, the tribe stated that the membership, which voted to stop ALL disenrollments, had no authority to do so.

That makes no sense at all, and is unjust.

Posted by OPechanga at 5:26 PM

Mr. Rios Jr. you say your glad your grandma left Pechanga so she and family would not have to live in poverty. go out get an education and live the good life, you got that but gave your roots for it. without leaving the res. us poor uneducated grunts learned to cope with all the hardships some of us was able to get some smarts and create PRC (casino) we never gave up. now you claim we deny you, you guys left us so why do you want to live our lives now? you got yours we got ours keep it that way. thank you Puulanaish P/S if you realy want water and elect. hookups the tribe has a program for non members, there are quite a few non members hooked up put your smarts to work

Our ancestors are proud to see the truth and thank you for sharing your feelings.

Very sad to hear that Anita Diaz Rodriquez aka Zeeke passed away on Monday.
She was a wonderful person.
We will miss you Zeeke.

That strict adherence to population never works well for Indian Country, particularly for California tribes," said Macarro, who said that "one of the ironies" of the pandemic is that his tribe's population has historically been "absolutely decimated by disease."