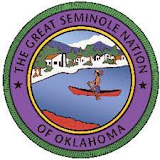 No need to give rights to descendants of the black slaves they dragged with them, right.  Separate but UNequal is very apartheid-like. They were counted for Covid Relief Funds, but not for...well, relief via vaccine.

“It’s a terrible day to find out that your own people will let you die,” said Osborne-Sampson, who sits on the Seminole Nation’s tribal council.

While tribal leaders and the Indian Health Service have been hailed for successfully rolling out COVID vaccines across the country, Osborne-Sampson is one of six Freedmen who told BuzzFeed News that the Seminole Nation has denied them vaccines, health services, and COVID financial relief based on the ancestry listed on their tribal ID cards. Freedmen make up roughly one-eighth of the Seminole Nation’s nearly 20,000 citizens and are counted in the tribal census — which the federal government used to allocate over $16 million in CARES Act funds to the tribe.

The distinction between a “Native American” and a “Freedman” relies on what Freedmen call a racist and outdated ideology of “citizenship by blood.” All Seminole Freedmen receive tribal ID cards that read “Freedman citizen, 0/0 Indian blood” on the front and “Voting benefits only” on the back. Other tribal citizens receive cards that list their blood quantum (their fraction of “Indian blood”) with no restrictions. Documents reviewed by BuzzFeed News show that the Seminole tribe has used these ID cards to deny Freedmen access to COVID health and financial services.

READ THE WHOLD STORY at BUZZFEED

Posted by OPechanga at 6:56 PM

Email ThisBlogThis!Share to TwitterShare to FacebookShare to Pinterest
Labels: Seminole